Your consistent behavior is a stabilizing force. Don’t underestimate it.

Consistent. Steady. Predictable. Anxiety reducing.
Is that how the people you work with would describe you?

We once supported a leader who wasn’t the sort of boss people would describe as touchy-feely. But, people wanted to work for him. They sought him out and told him when he had a position open on his team, to please consider them. When people were promoted or moved out of his team, they looked for chances to go back.

Because he was consistent. Steady. Reliable. People didn’t have to walk on eggshells around him. They didn’t have to wonder which version of him they’d get. They knew exactly what to expect from him, day in, day out. How he’d respond to bad news. How he’d share information with them. How his mood would be when he himself was tired or stressed.

He was their rock; their calm eye in the middle of the storm.

Even during gut-wrenching periods of change when no one knew what the future held, what their roles would be, or if they’d even have roles people knew they could rely on this leader. On his consistent, supportive presence.

Take stock of your behavior.

Consider, would other people consider you an anxiety-reducing presence in the team? Or, might it be that, unintentionally and perhaps even unconsciously, you contribute to anxiety in your team, diminishing instead of supporting the team’s ability to move through change?

Your trustworthiness is your most powerful asset — both in business and in life.

Take a step to create the high trust relationships you need and deserve. 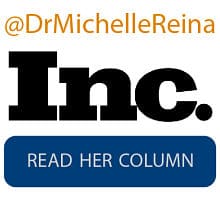 "We’ve recently released the third edition of our best-selling book, Trust and Betrayal in the Workplace: Building Effective Relationships in Your Organization.

...more than an update, this new edition is a complete rewrite." Find out why >